With so many areas still relatively untouched by tourism, Vietnam is a stunning, exciting country just waiting to be explored. Despite its turbulent history and the obvious impressions that the Chinese, French and Americans have left on the nation, Vietnam still retains its own very unique customs and traditions.
﻿
The northern area boasts some of the country's most spectacular scenery with rugged mountain ranges, deep valleys and waterfalls. Hanoi, the capital city, still bears traces of centuries of change, from the wide Parisian boulevards and pavement cafes to the colourful Chinese temples and crumbling mansions.
﻿
The seascape of Halong Bay is one the country's most magical sights: breathtaking limestone pinnacles rise dramatically out of the sea and hidden caves and deserted beaches lie waiting to be discovered.
﻿
Historical cities and World Heritage Sites are just some of the characteristics of Central Vietnam. Hue, the old imperial capital, is home to palaces and pagodas, tombs and temples. Danang, once the centre of the Cham Dynasty from the 2nd century, today boasts the largest and most impressive collection of Cham artefacts anywhere in the world. Hoi An, the ancient seaport, is a special example of a traditional trading port which has been completely preserved and is the only town in Vietnam that has survived intact in this way.
​
In the south of the country, the Mekong Delta is blessed with lush fertile land where villagers in conical hats can be seen working in the vibrant green rice paddies. Whilst in Ho Chi Minh City young Vietnamese shop in stylish boutiques and dine in trendy cafes and restaurants offering menus ranging from local staples to exquisite French cuisine. 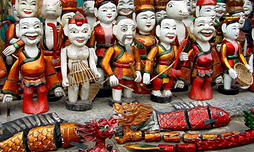 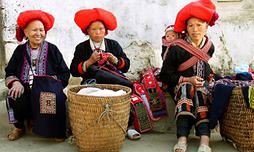 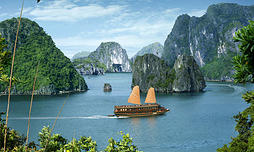 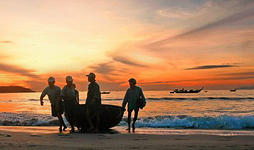 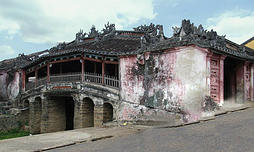 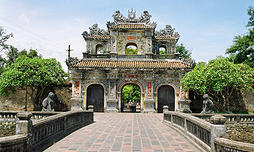